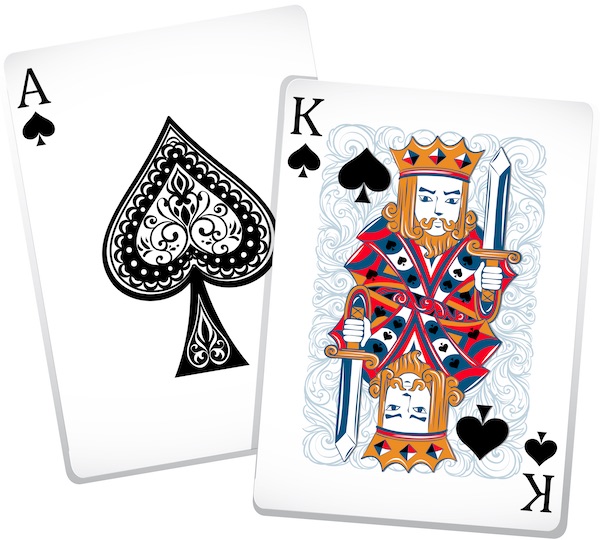 The History of Blackjack

Blackjack – also known as ‘twenty-one’ and ‘pontoon’ – is a card game that nowadays is often found in a casino with people trying their luck on achieving the elusive ’21’. It is widely believed that the game originated in France during the 17th century. However, as with most other gambling games the precise evolution of the game remains a mystery: suffice to say it has probably been around forever.

Blackjack was introduced to the United States following the French Revolution, but the game didn’t become popular in the gambling dens until the casino offered payouts as a bonus. This was the only method that seemed to get people gambling on blackjack. One variation on the bonus payout was for a player to make ’21’ with the black jack card (worth 10 points) and an ace (worth 11 points). With the increasing popularity of the game the payouts were phased out but the name ‘blackjack’ remained.

Blackjack isn’t just about achieving an outright ’21’, but the primary challenge is to beat the dealer without going ‘bust’. The casino obviously has an advantage over the gambling players in the long run, but with blackjack the player retains an element of choice.

Since 1931 when America first legalized gambling, blackjack has become a classic casino card game. Furthermore, it is the combination of both skill and math used in blackjack that has made the game hugely popular. Blackjack provides an attractive proposition to any scientist, mathematician or gambling player wanting to research the strategy of the game.